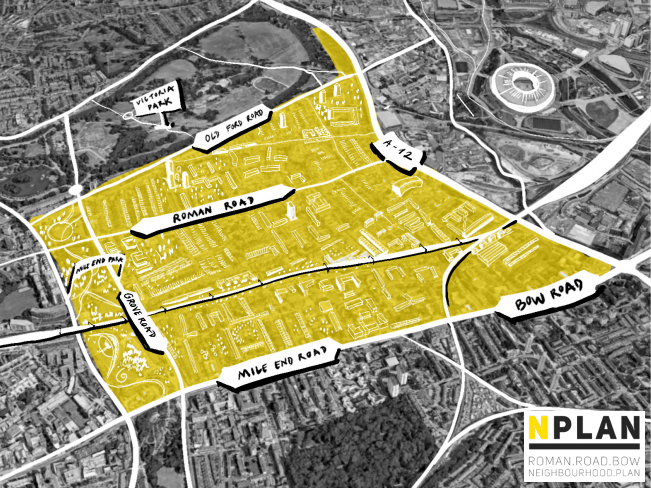 After five years of community development and consultation, Tower Hamlets Council has validated a draft Neighbourhood Plan for Bow and has launched a public consultation. Local people are encouraged to show their support for the plan by 7th February 2022.

For the first time, the Neighbourhood Plan would give local residents the power to shape the planning decisions, economic development and growth in the Roman Road Bow area. The Plan would set neighbourhood priorities that Tower Hamlets Council must take into account when making planning and funding decisions.

How was the Neighbourhood Plan developed?

The Neighbourhood Plan has been developed by the Roman Road Bow Neighbourhood Forum following its establishment by Roman Road Trust in 2016. Over the last five years, the Forum has sought to engage as many different groups and individuals as possible to shape the community’s priorities for local planning and community development.

The key themes and policies in the plan are as follows:

If the Plan is successfully adopted, it will give local residents significant power over the local area up to 2031. This includes the ability to choose where residents want new homes, shops and offices to be built and what those new buildings should look like.

Where can I read the Neighbourhood Plan for Bow?

You can view the full set of consultation documents on Tower Hamlets Council website.

How can I have my say?

Responses to the consultation should be submitted by 5.00pm on 7th February 2022 via email to neighbourhoodplanning@towerhamlets.gov.uk

Please speak up! This is a key time to respond. After this latest consultation, the Forum will be reviewing and updating the plan in the light of feedback received.

After the consultation, the plan then goes to an independent examiner to consider if it meets certain basic conditions and other legal requirements. The examiner can ask for changes to be made, but if the examiner agrees the plan meets legal requirements, it will then go to a local referendum. Everyone in the plan area who is entitled to vote in local elections will be able to vote to approve or reject the plan.

If approved, the Neighbourhood Plan will be used when the Council consider planning applications. It will form part of the planning framework, sitting under the Local Plan 2031 for Tower Hamlets, which is under the London Plan and the National Planning Policy Framework. 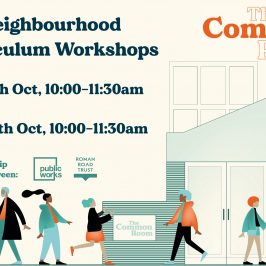 Roman Road Trust and Public Works are inviting local people to one of our upcoming...