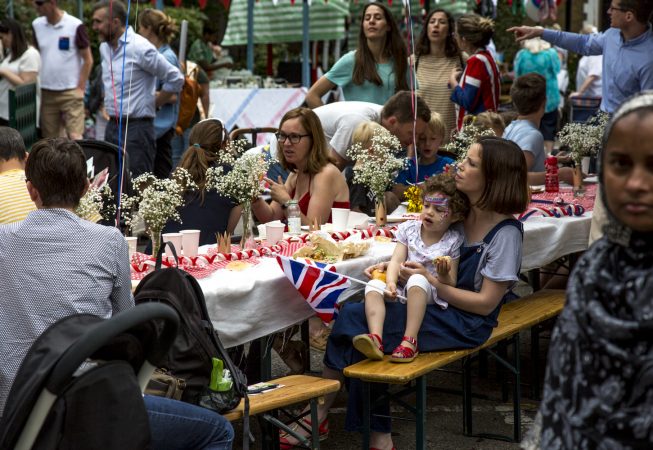 The Queen’s Birthday on 11 June 2016 was an opportunity to bring an old-fashioned street party to Roman Road.

At the heart of the event was a communal tea table made for sharing and chat. Plates of sandwiches and cups of tea and squash were made and served by the local Woodcraft Folk using ingredients kindly donated by Tesco. All profits from the sandwich and cake stalls and sales will be shared by Bow Foodbank, plus the Scouts and Woodcraft Folk kids who worked so hard on the day. They even served tea and sandwiches while standing in a few inches of water, courtesy of the Great British weather which gave us slightly more than we bargained for half way through the afternoon. Far from dampening spirits it increased resolve and created some unexpected play places.

As ever this was an opportunity to celebrate our amazing local community groups including: