A commercial unit that you helped us save in December is under threat again from a revised planning application that still results in nearly the same loss of retail space.

Back in December you helped us object to a planning application at 538-540 Roman Road that would have seen a massive 142m2 loss of retail space in one of Roman Road’s largest commercial unit. Thanks to the huge public response the application was refused.

Now, six months later, the developers have reapplied for planning with a new design, but one that still results in an unacceptable loss of 136.5 m2 of retail space. Additionally we find that many aspects of the planning application are under-evidenced and omit relevant information. See below.

We know this is a time when many of you are away on holiday but, if you agree with us that this is an important retail unit to save, we hope you can still make the time to object.

We’ve made it very easy for you – just copy and paste the letter below and email it to: dr.developmentcontrol@towerhamlets.gov.uk, remembering to cc. hello@romanroadtrust.co.uk.

To find out about future planning applications that affect Roman Road, become a Friend of Roman Road.

UPDATE 22/09/2017: Thanks to a huge response from local residents, we are pleased to announce that planning permission has been denied. Thanks to the support of our local community, we have saved the large commercial unit from residential development once again.

To Whom It May Concern,

I am writing to formally OBJECT to application PA/17/01821 which proposes the Reduction of A1 retail to create 1 x C3 three bedroom family dwelling house. The proposal will lose roughly half of the current retail space, and maintain 145.5m2 of retail at basement and ground floor.

The application, if granted, would result in the unacceptable loss of 136.5 m2 of retail space which will negatively affect Roman Road’s functioning as a commercial street. The proposed layout would reduce the capacity for any display or storage for retail therefore undermining its feasibility for A1 use.

The application also proposes a new dwelling which we believe would offer poor accommodation due to being predominantly subterranean and lacking in direct sunlight. It is noted as a “Family dwelling house” in the application, which is at odds with its design.

We have seen at other Roman Road unit (e.g No. 422) that reducing the retail space available, make units unsuitable for retail use. We believe that the reduction of the retail unit to this size would in all probability make it less viable and therefore reduce the commercial life of the street. Where similar residential conversions have been permitted elsewhere on the Roman Road, the resulting retail units have been too small to let and have either been left empty or resulted in applications for change of use.

The application makes the un-evidenced claim that the current retail space will be “simply underutilized as A1 retail space”. However, we are regularly approached by businesses wanting to locate on the Roman Road who are unable to find units that are both sufficiently large and genuinely available to let.
The incomplete planning history contained within the planning application is cause for concern. The current application does not mention that there was recently (April 2017) PA/17/00944/A1 a retrospective application to extend the basement. Which is an obvious omission. It is also clear that no pre-application advice was sought.

No employment details were submitted as part of the application, nor were hours of opening, which suggests that the retail component of this development has not been seriously considered.

As a result of the above, the proposal would have an unacceptable detrimental impact on the vitality and viability of the designated Roman Road East District Town Centre and undermine the Council’s town centre hierarchy, contrary to the principles of the National Planning Policy Framework (2012), policy 2.15 of the London Plan (2011), policy SP01 of the Core Strategy (2010) and policy DM1 of the Managing Development Document (2013).

The Local Development Framework of Tower Hamlets states that ‘the Council will protect and enhance the historic environment of the borough.’

‘Vision for Bow will be based around a rejuvenated market and lively town centre.’

‘With priorities to regenerate Roman Road Eat town centre by supporting a mix of uses in the form of shops, cafes and restaurants including an anchor super market’

I feel that the proposal in question undermines this objective and this priority, by prioritising residential use over commercial on the market street.

These policies seek to safeguard and enhance the vitality and viability of town centres by protecting and promoting commercial uses, and place town centres at the heart of local communities. In particular, policy SP01(4) seeks to maintain, focus and increase the supply of retail floorspace in Roman Road and policy DM1(7) seeks to ensure adequate servicing arrangements as well as adequate depth and width of retail units.

For these reasons, and because I want to make the Roman Road a successful, thriving high street, I request that you REFUSE this application. 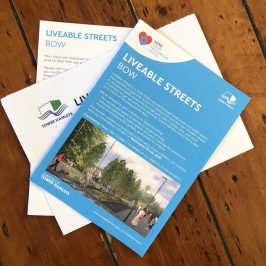 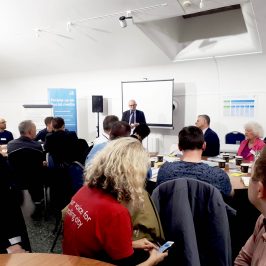 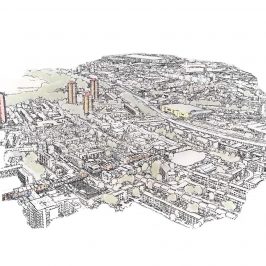 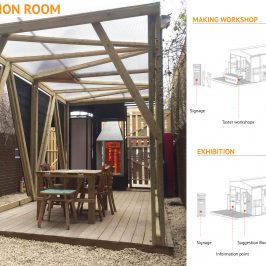 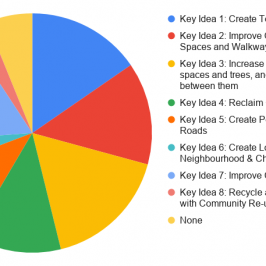