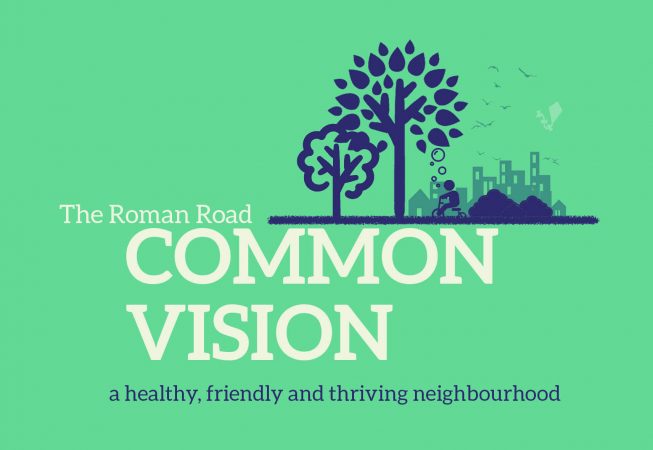 Roman Road Trust is curating a Roman Road Common Vision by bringing together the many environmental initiatives already happening in the area to develop plans for a liveable, healthy neighbourhood.

Roman Road is situated in Tower Hamlets which is a borough with exceptionally high rates of air pollution.

As part of the proposed changes, the council will be conducting consultations with local residents, businesses, and community groups. Roman Road Trust and other community groups are keen to support and feed into this process.

Our aim is to bring local groups, businesses, and residents together to support London’s ambition as a Green City and TfL’s Liveable Neighbourhood Programme.

Roman Road Trust will be holding a launch event on Saturday 27th July to raise awareness of the Roman Road Common Vision and build local support.